'Both the projects Christina worked with me on suffered significant disruption from external factors, including neighbours’ activities building an extension that competed with our works, Gemeente requirements that went far beyond expectations/reasonableness.'
(read more >> ) 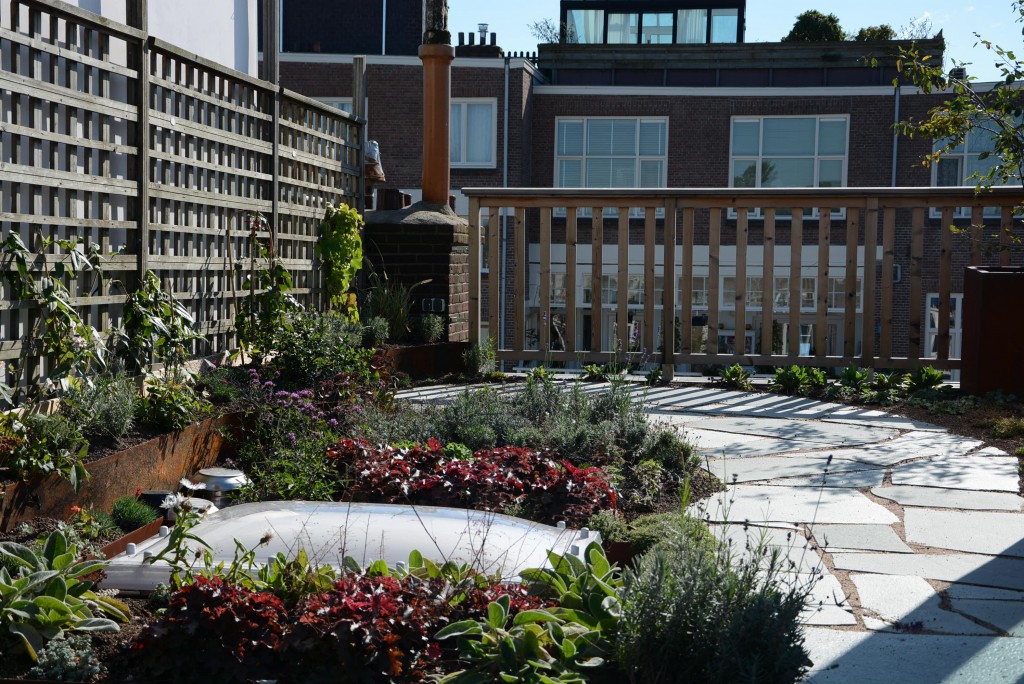 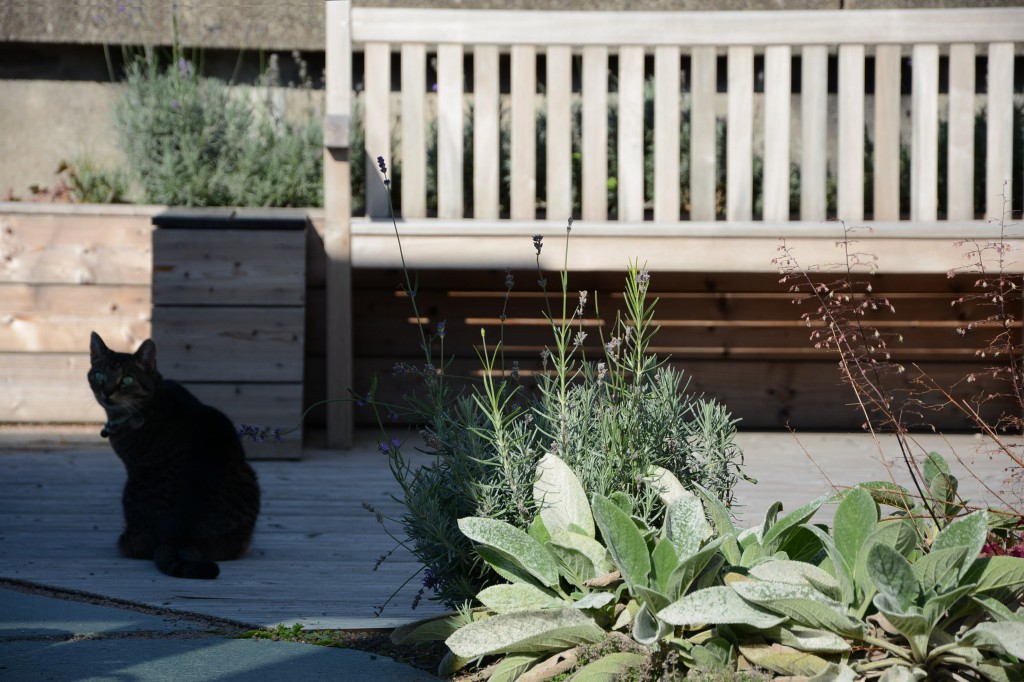 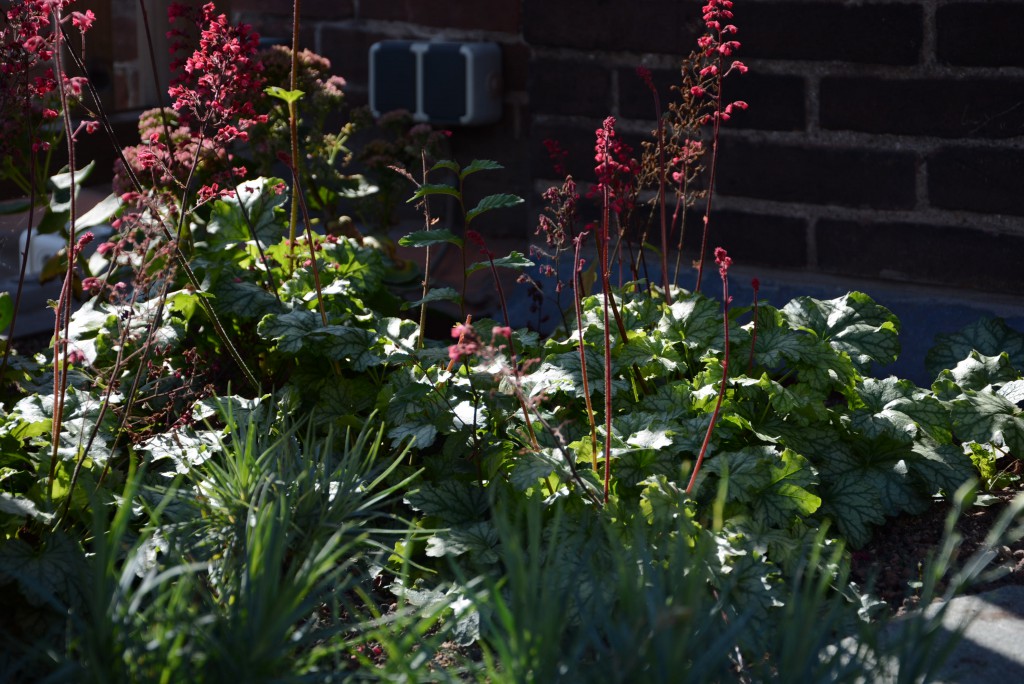 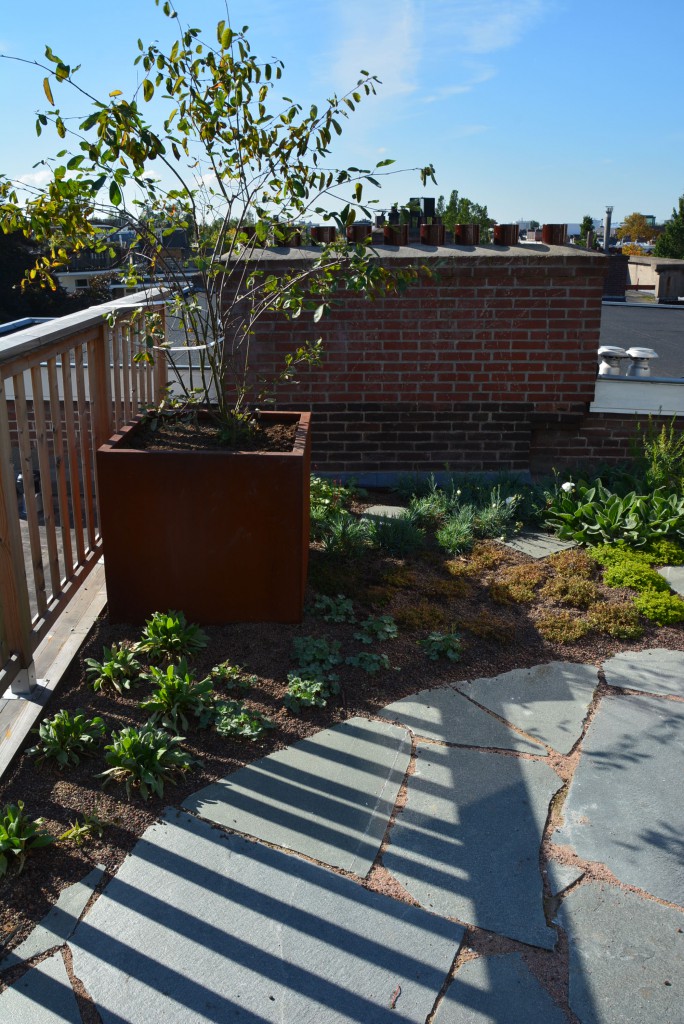 Go after your dream

The first sketches I made at the beginning of the year were to convince my client that a natural feeling English roof garden was possible on her roof top in Amsterdam. With reference images and a plan I conveyed the vision I had to her, and she received it enthousiastically. Now we needed to find parties who were interested in a rather small scale roof garden on an existing building. Weight issues needed to be tested and calculated, suitable build up of substructure and planting substrate worked out. We tendered the job and agreed to proceed with a party that could install the required waterproofing layer to the roof as well as install the garden, all under one warranty.

Just when the works started in the spring the client received a letter from the neighbours that they were topping up their building. Another storey would be place right adjacent the newly designed roof garden. This meant the works had to be carried out in two phases, so that the neighbours’ workmen could access the edge of their roof to construct the new space there. This meant that the construction period spanned the summer.

Delightful garden in use now

The roof garden has now been finished. The summer has encouraged the newly planted vegetation to grow nicely helped by the integrated watering system buffering the rainwater. The owner’s cat has adopted the garden as his new territory and enjoys spending time here, just as the owner does.

The hoisting beam that straddles the roof is covered and ‘hidden’ in the side table construction near the bench. A trip hazard has been turned into a useful piece of furniture. There are plans to still incorporate one of the original design elements, a water feature in the coming year.

Below you can see what the roof looked like when we started. 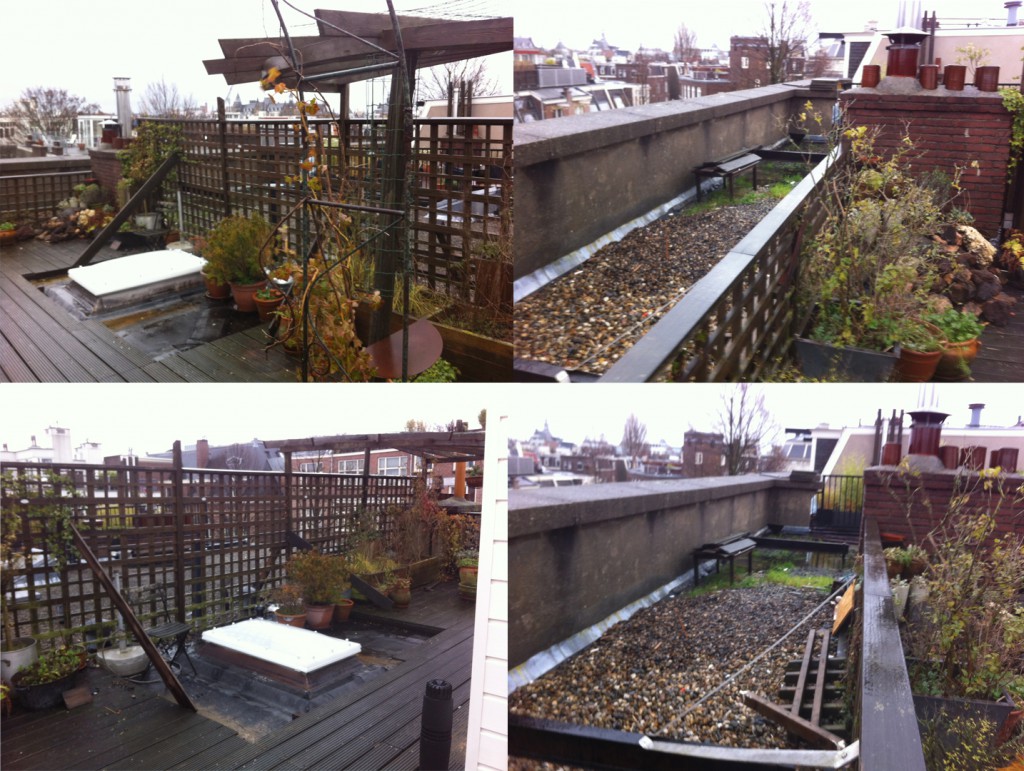 Following below you see sketches that were part of the first design presentation and some more impressions of the roof garden in use. 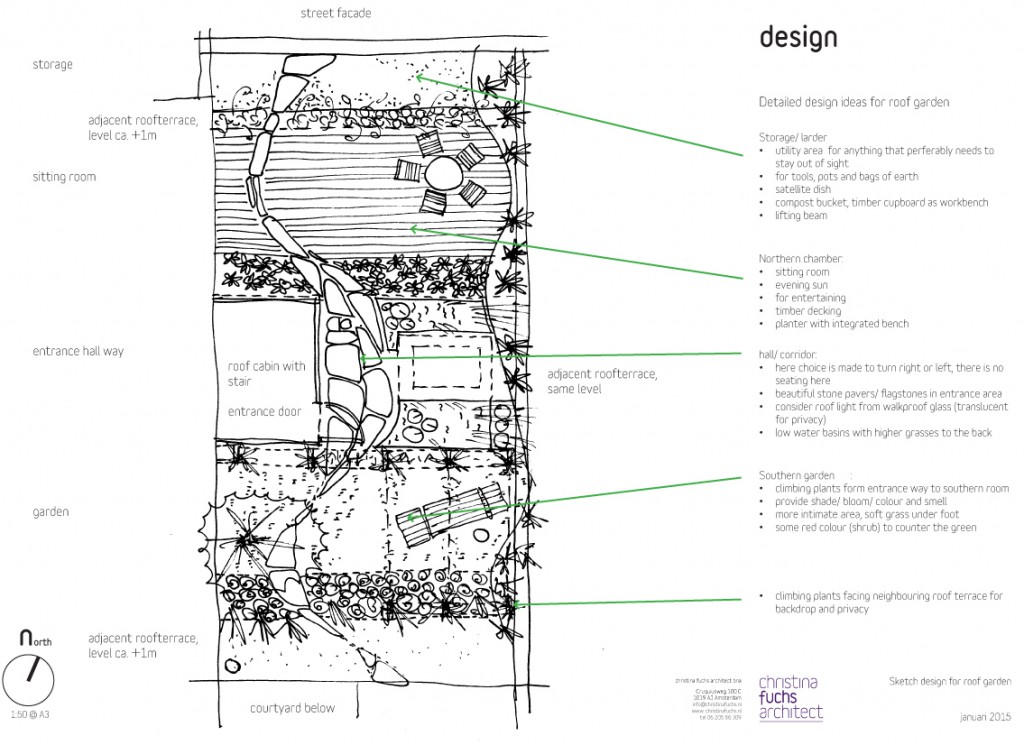 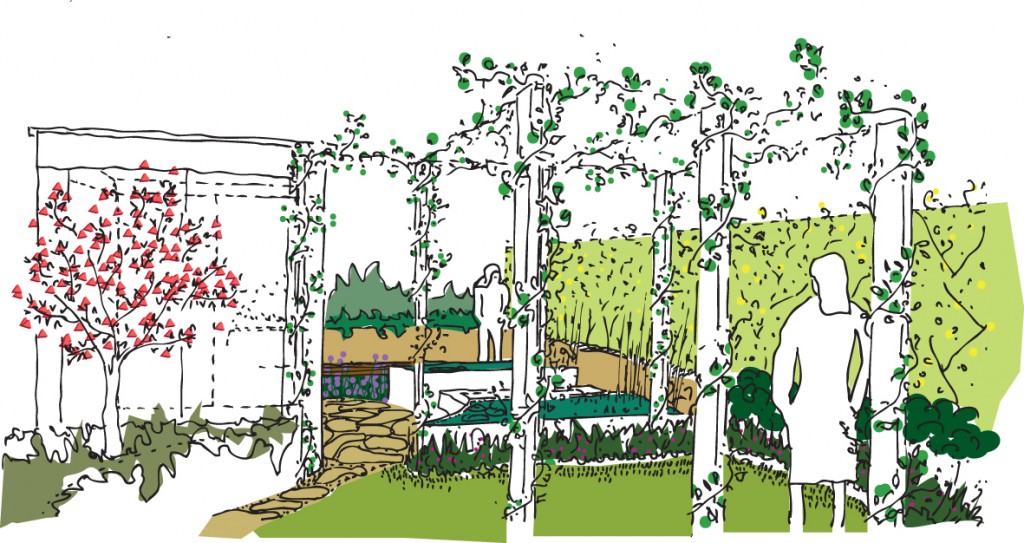 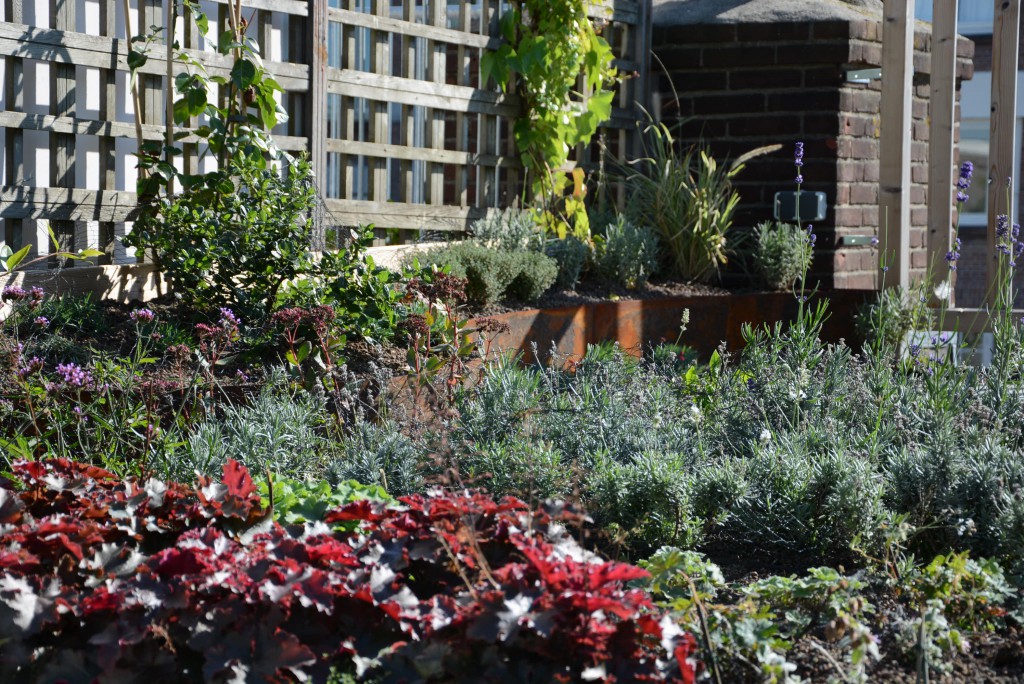